This week our podcast is happy to welcome a Los Angeles’ Erik Nelson with a house mix that runs around 1 hour 20 minutes. Erik is no stranger to the JAM On It family as he was part of the Slinky 10 lineup and has been a long time supporter and friend.

About Erik:
Starting in the misty past of the last century, Erik was taken to a party that he rather enjoyed, which started a habit of having way too much fun dancing to really loud music in unlikely places. Not too long after that first party, he had his own sound system, and carted it all over the deserts, forests and warehouses of southern California to help give other people loud music to dance to. While doing that, he noticed that DJs were having a lot of fun, and figured he should give it a shot.

More than a decade after first getting behind the decks, he’s still at it, now as part of F.A.M.I.L.Y. and Camp Charlie, and as a frequent guest of the Shade day parties. Most of what he plays now falls somewhere in the giant and wonderful family tree of House music, and while exactly which branch depends on where and when, basslines are always key, funk is essential, and a little melody now and then never hurt anyone. 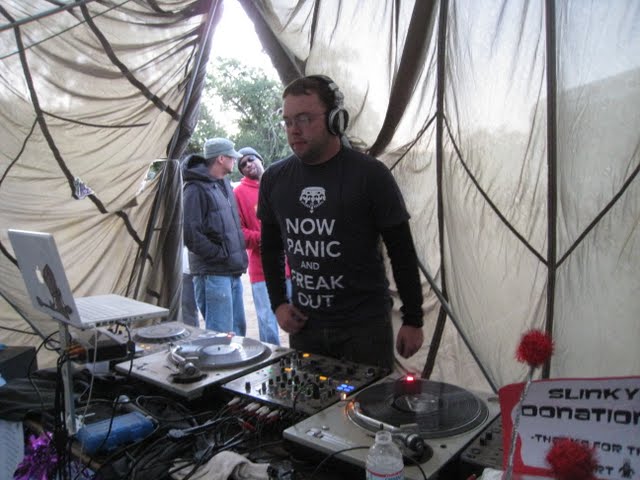